Other Awardees and Fellows

Project Title: The Topology of Complex Surfaces and Symplectic 4-Manifolds 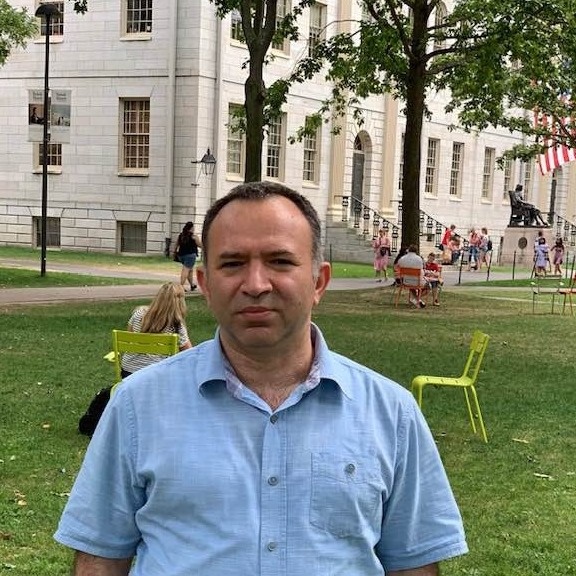 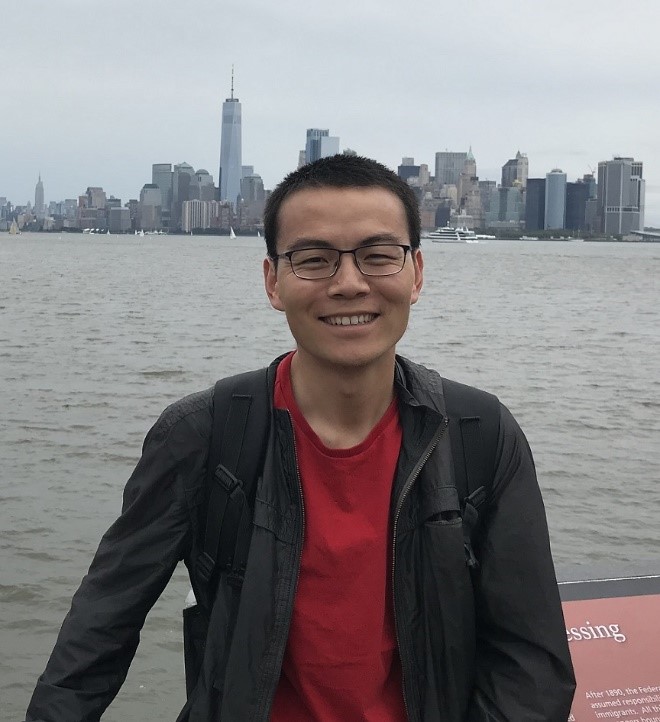 Quantum materials, a rapidly growing research area, exhibit macroscopic quantum phenomena such as charge/spin density wave, superconductivity and topological protected states. Materials with reduced dimensionality create a suitable crystal structure framework to host exotic states such high-Tc superconductivity due to quantum confinement of electrons. Charge/magnetic density wave order is a collective electronic phenomenon with spin/charge of electrons forming additional periodicity in the translation-symmetric lattice. Modulated crystal structure with periodic lattice distortion in those materials can be formed due to the coupling between charge/spin and lattice. This project aims at investigating those tiny lattice distortions in low dimensional quantum materials by X-ray scattering using synchrotron radiation source. The research will help understand the nature and mechanism of those orders. 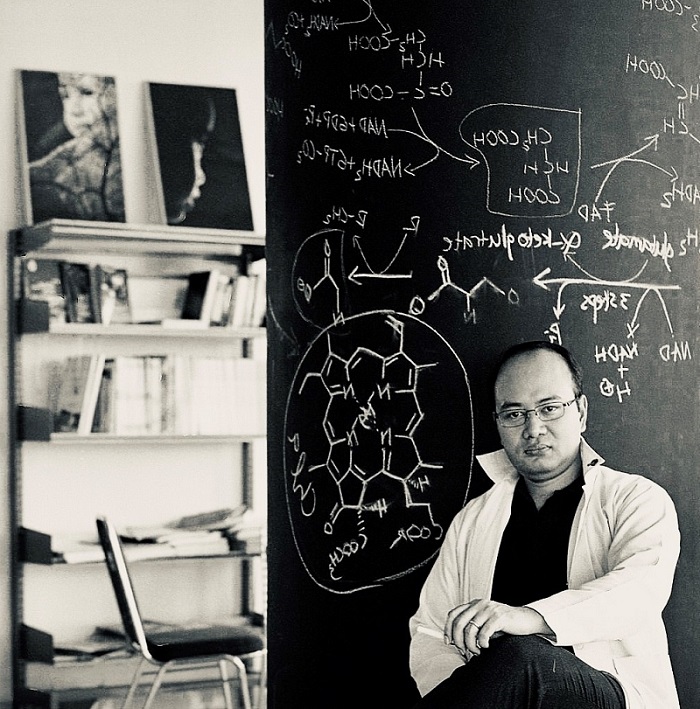 Here at Bayreuth, Dr. Brotosudarmo will learn to employ a single molecule fluorescence spectroscopy (SMS) to examine the structure-function relationship of photosynthetic light-harvesting complexes, with focus on fucoxanthin complexes. Indonesia represents the world’s biodiversity in marine species. Based on reports, Indonesia has about 134 species of eukaryotic brown algae. These species utilize the Sun energy in a unique way by having carotenoid, called fucoxanthin, as a major light absorbance material in their light harvesting apparatus. In this project, Dr. Brotosudarmo will take closer look at a molecular scale to observe and understand how Sunlight energy absorption and energy transfer occurs in this unique system. Prior to research at Bayreuth, his biochemistry works mainly includes characterization of natural product compounds, especially carotenoids and other pigments, by Mass Spectrometry. SMS is currently a state-of-the-art method in imaging spectroscopy for observation of photophysical properties of a molecule. Knowledge of SMS can impact Indonesia to further explore marine biodiversity and its untapped potentials. The competence in SMS is a rare expertise among scientists in Indonesia and will have a strong impact for the continued development of education programs at higher academic institutions in Indonesia. 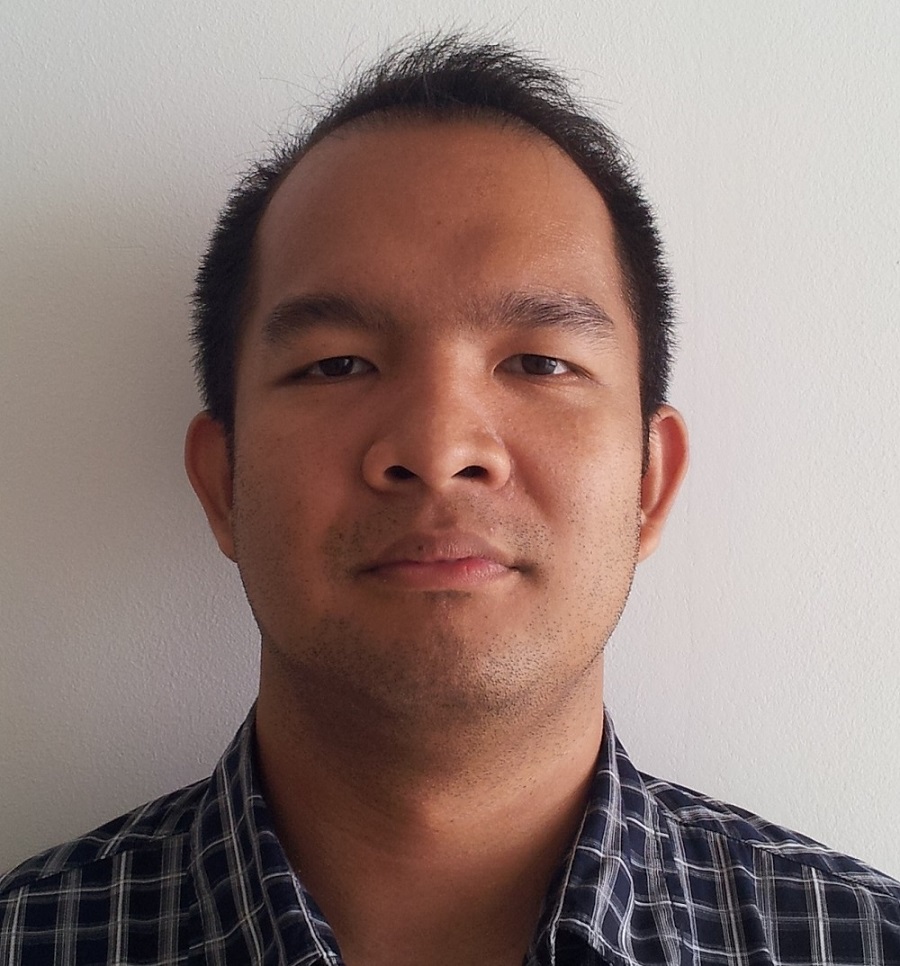 Error-correcting codes were introduced to enable reliable transmission of data across noisy channels. These codes are also used to solve problems in other areas like combinatorics and cryptography. An important class of such codes are vector spaces over finite fields called linear codes. These codes are extensively studied because of their nice properties both from the theoretical and practical perspectives. The project aims to study the properties of linear codes obtained from adjacency matrices of graphs. 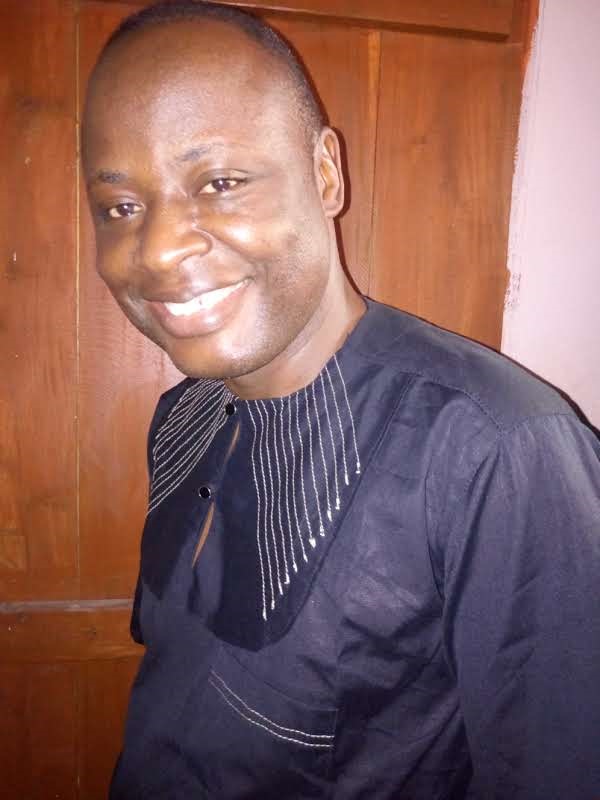 Project title: The crisis of liberation in contemporary Zimbabwe: texts, counter-texts, and contexts in the crisis years (2000 – 2020) 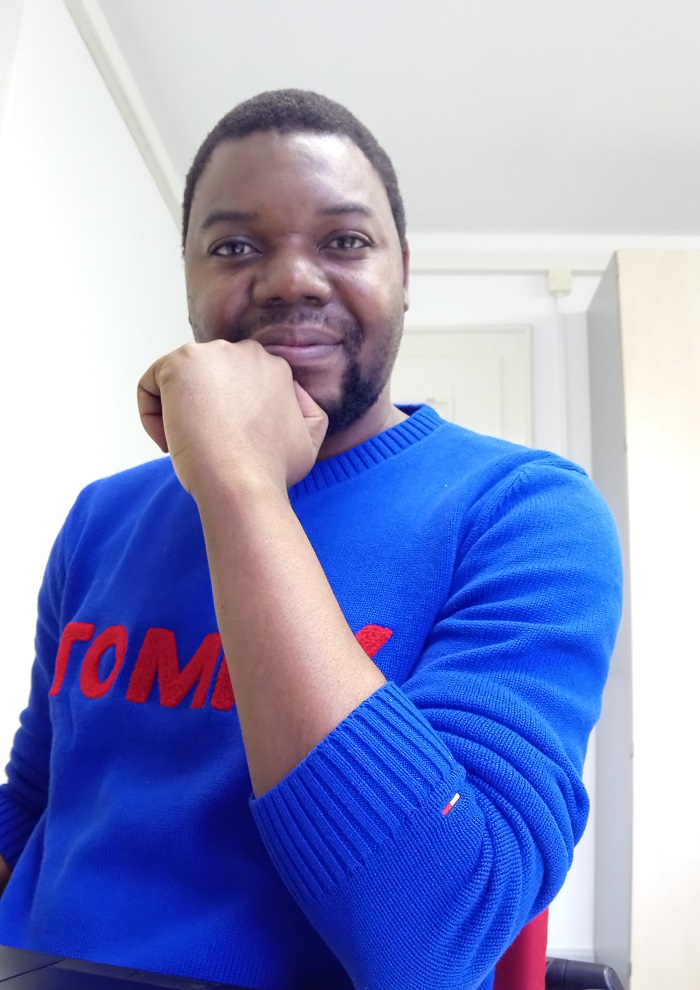 The project focuses on changing conceptions of liberation in crisis literatures and cultures of crisis in contemporary Zimbabwe. Situated in the context of Zimbabwe's twenty-year-old economic and political implosion, the project explores literary/cultural contestations of the Zimbabwean government’s grand narrative of liberation. Under Robert Mugabe and (as of 2017) Emmerson Mnangagwa, post-2000 Zimbabwe was/is marked by heightened hegemonic attempts to dominate what is (or should be) entailed by liberation now. In a context in which the expressive space is legally constrained and panoptically surveilled to curve space for the state’s neo-nationalist and essentialist notions of patriotic liberation, imaginative literature has emerged alongside other modes of cultural texts and performances as a critical space for a renewed discourse on (re)thinking old and new liberations. Informed by postcolonial theories that center the politics of local agency, the project reads literatures and other cultural products of the Zimbabwean crisis as important alternative sites of national memory, which are invaluable to a fuller understanding of shifting and contested (re)visions of the concept of liberation during Zimbabwe’s crisis years. (Recent related publication: O. Nyambi, Life-Writing from the Margins in Zimbabwe: Versions and Subversions of Crisis, Routledge Taylor & Francis, London & New York, 2019).

This project aims to advance our structure-function relationship understanding of magnetotactic bacteria related proteins. For that, during the visit, we will purify several magnetotactic bacteria proteins using various protein purification techniques. Once ready, we will test these proteins using a large array of biophysical techniques including Cryo-EM and X-ray crystallography. This project will bring together a combination of advanced microbiology and structural biology expertise to advance the study of various microbiological protein systems. The expected outcomes will allow us to understand the biological systems taking place in these specific bacteria with a deep structural view, which in the long term may allow structure-based modifications of magnetotactic bacteria. 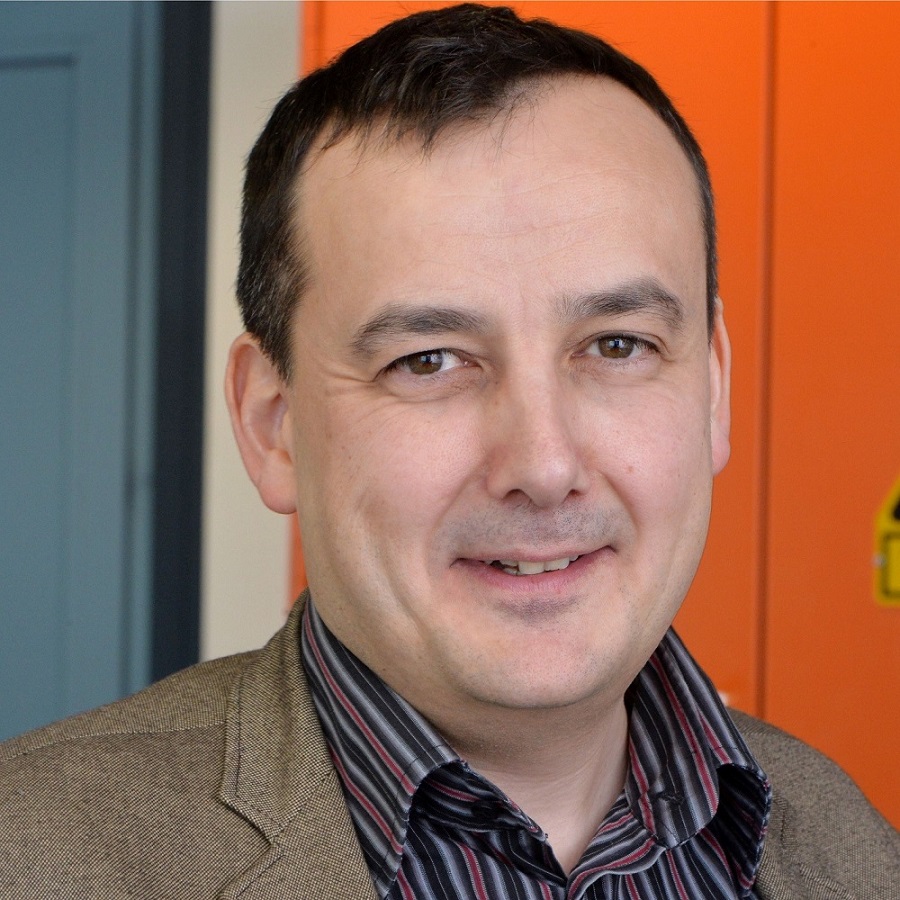 Dan Frost is an experimental scientist studying the nature of Earth’s deep interior and the formation processes of planets. He employs the results of high pressure and temperature experiments on minerals, rocks and magmas to interpret geochemical and geophysical observations. In particular, he is interested in the cycle of volatile elements inside the Earth and the mechanisms that explain the long term retention of carbon within the interior. By measuring mineral elastic properties at high pressures, he is also interested in placing constraints on the chemical composition of the Earth’s deepest, inaccessible layers by interpreting the velocities of earthquake waves that pass through these regions.

Research interests: Mineral elastic properties and their use in interpreting seismic data on the Earth’s interior, the behaviour of volatile elements in the Earth, the redox state of the mantle, the accretion and differentiation of Earth and the terrestrial planets, the rheology of mantle rocks, phase transformations, thermodynamic properties of minerals, fluids and melts. 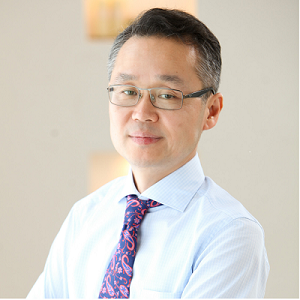 We are attempting to obtain better understanding about the structure, dynamics and evolution of the Earth’s deep interior. Since we cannot access the Earth’s interior directly, we obtain such understandings by comparison of physical and chemical properties of geomaterials with geophysical and geochemical observations. Because the Earth’s interior is at high pressures and temperatures, phase relations, element partitioning, equation of state, electrical conductivity and defect mobility are determined by high-pressure-temperature experiments especially using large-volume multi-anvil presses (LVP).

One research topic is determination of chemistry, Si and O self-diffusivity and grain-growth rate of bridgmanite, the major lower-mantle mineral, to interpret abrupt increase in viscosity around 1000-km depth. Another is accurate determination of bridgmanite-forming phase transformations by means of in situ X-ray diffraction to understand the transition between the upper and lower mantles.

Because freedom and quality of such investigations depend on experimental technology, we are developing LVP technologies. For in situ X-ray diffraction, we have constructed an experimental station in the synchrotron facility, DESY. We have raised the pressure and temperature limits from 26 to 52 GPa, and from 2500 to 3000K, respectively. We have increased the furnace cooling rate by 10 times to quench previously-unquenchable melts and investigate their properties. 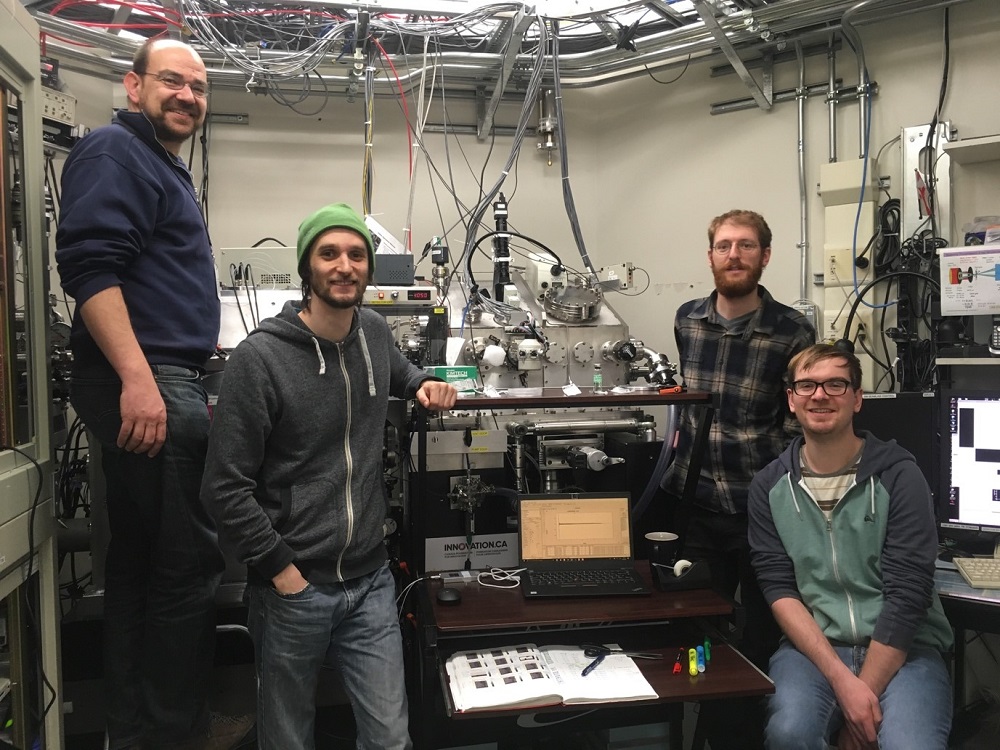 The aim of Prof. Obst’s work is the identification and quantification of fundamental environmental processes that occur on the micrometer scale. In the environment, we often observe reduction and oxidation processes that cannot be explained by classical geochemical models. For example, reactions are coupled that - based on their individual chemical requirements - should not occur together. One fundamental aspect that often has not been considered in previous studies, mostly due to limitations in our experimental possibilities, is the spatial heterogeneity of environmental systems.

The development of innovative experimental approaches, in particular in the fields of synchrotron-based X-ray spectromicroscopy and lab-based in-situ approaches such as the coupling of environmentally sensitive fluorescence probes with confocal laser scanning microscopy now became promising tools to study such heterogeneities. In my group, we develop and use these approaches identify and to map structural and chemical sub-micron scale heterogeneities in environmental, redox-active biofilms. Furthermore, we study their influence on biogeochemical reactions, in particular on the cycling of carbon, iron, manganese and sulfur, as well as their effects on related chemical species such as toxic heavy metals. In addition to studying natural biofilms, mainly from mining-related sites in the region Fichtelgebirge, we also use microfluidic model systems will help to gain a fundamental understanding of the underlying processes under controlled laboratory conditions. 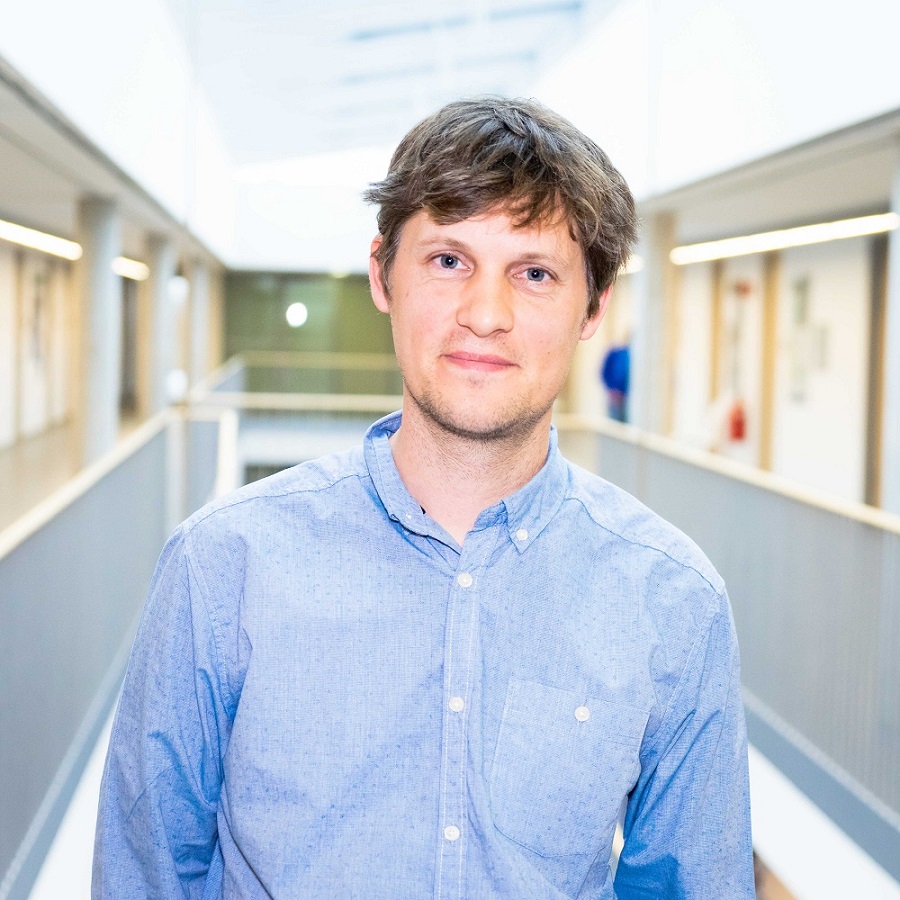 Collective decisions are pervasive in every aspect of our society. As shown by Brexit and other recent episodes in European national politics, the way we shape our collective decisions can have far-reaching implications. However, even though there is a vast literature on the aggregation and revision of preferences in and by groups, there are no exact mathematical models of the way groups construct and revise a given decision problem – a process I call constructive deliberation. Getting grip on this political “logic of discovery” is a necessary step towards a suitable combination of information technology with various forms of direct democracy.

In this project, I will develop a formal theory of constructive deliberation. Relying on my background in defeasible reasoning and the expertise at the host and secondment institution, I will create mathematical models of individual agents that reason and share information about the decision problem at hand, and show how and when this interaction results in group consensus. This way, the project will complement existing work on collective decision-making, which is in turn necessary for the improvement of democratic processes.