Projekt: Media Use and Propaganda: The Bayreuth Wagner Festival 1933 - 1944 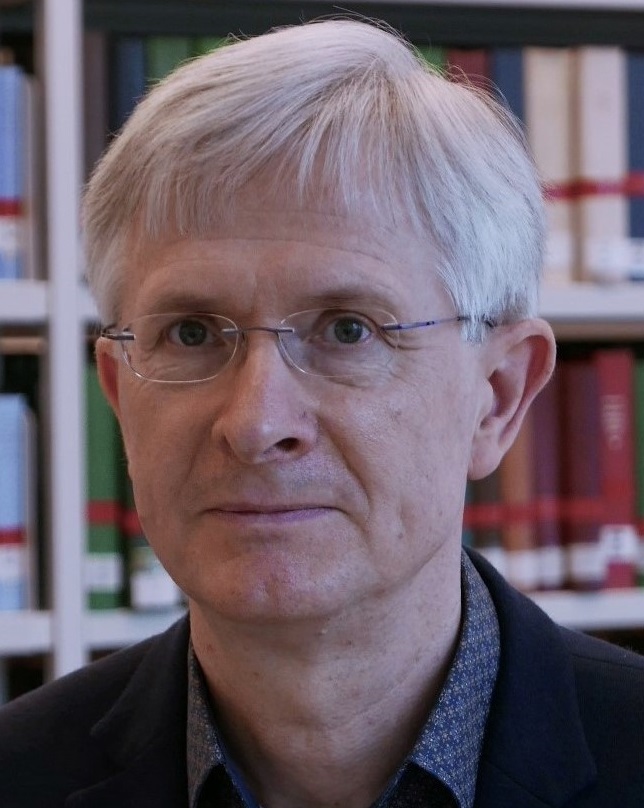 The Bayreuth Richard Wagner Festspiele was the apple of the eye of Nationalist Socialist propaganda. On account of various circumstances (historical and cultural) the Festspiele in the period 1933-44 has been omitted as a subject of research. The relevant media-satellites around this festival suffered a similar fate. This research project therefore aims to fill this hiatus and in so doing, examine the role of the Festspiele – as a primary medium of theatre and the media wedded to it – as a vehicle of propaganda in Nazi Germany. Moreover, based on archival materials, the project shall demonstrate the instrumental use of the media in the hierarchy of that time: 1) radio, 2) film, 3) press and 4) Programmheft. Further, the study highlights the consequences of the changes instigated by Hitler, whereby after 1939 the Festspiele turned into the 'Kriegsfestspiele'. This important historical turning point saw propaganda aims change as did the profile of the Bayreuth audience. 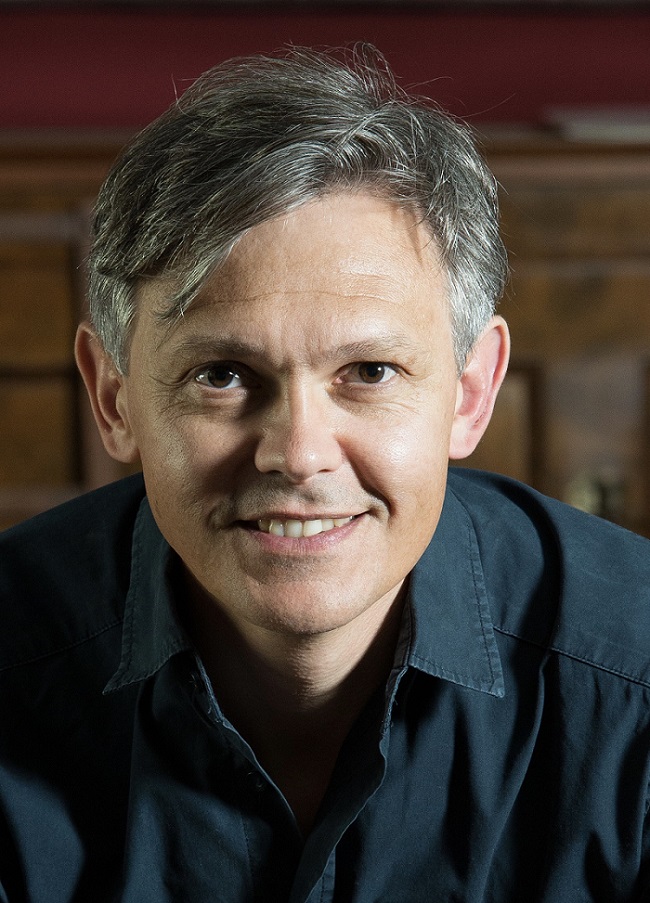 The proposed research will consider, for the first time, the interfaces between art music production in South Africa and notions of African art music articulated Akin Euba and a host of other African scholars and composers. These interfaces – musical and discursive – have not been the object of scholarly enquiry. At stake is the important and overdue development of different perspectives on African musical modernity – research that requires the unique musical sources of the archive of the Iwalewahaus. The proposed research builds on an existing collaboration with the host at the University of Bayreuth, Dr. Lena van der Hoven, whose work on opera in Africa considers shared concerns with the definition and delimitation of ‘African’ as a descriptor for music production in (South) Africa. The award of the fellowship shall therefore not only strengthen, but also expand thematic and institutional collaborative capacity at the University of Bayreuth and at Stellenbosch University.

Projekt: Botany Before Linnaeus: Poetry and Scholarship in the Res publica Botanica, c. 1660-1740 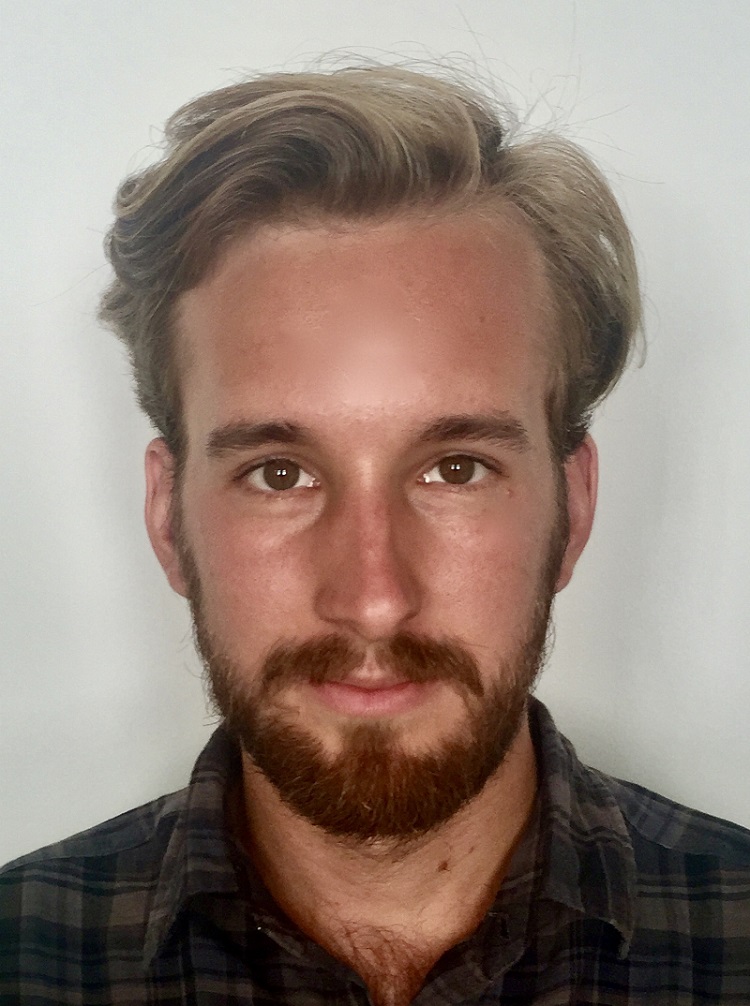 My project will chart the gestation and consolidation of botany as a distinct field in Europe from c. 1660-1740. During the Renaissance, it was generally physicians who studied plants for medical purposes. By the mid-eighteenth century, however, prestigious professorships appeared in the subject, and holders of existing chairs in medical botany drifted towards investigating plants as such. While Carl Linnaeus is now well studied, the field-shaping output of his immediate precursors has been severely neglected. My project will begin to fill this lacuna with two articles on three figures who were critical to raising botany’s status: Nehemiah Grew, Stephen Hales, and John Martyn. By charting how these botanists manipulated rhetorical tropes and literary traditions, I will provide an intricate backstory to August Strindberg’s memorable claim that “Linnaeus was actually a poet who happened to become a naturalist”, forging a tangible link between the “cultures” of science and literature.

Projekt: Moroccan Activist Atheism in the Diaspora: The Neoliberal Politics of a Subcultural ‘Non-Movement’ 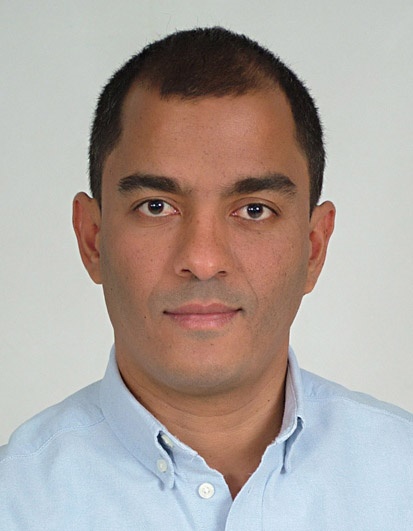 This research project aims to map out Moroccan atheist activism in the diaspora as a subcultural “nonmovement,” (Bayat 2010). Emerging in the wake of the so-called Arab Spring in 2010/ 2011, these unorganized and marginalized voices of irreligion have steadily encroached upon a religious field theretofore monopolized by the state and the Islamists. Taking atheist activist Hicham Nostik as a case study, this study is based on interviews with key atheist, secular and Islamist-leaning activists in Morocco and abroad. Nostik mobilizes the Moroccan dialect to demystify Islam’s sacred Arabic texts through ‘subcultural modes of knowledge production’ (Kettioui 2020). Articulating an oppositional and decolonial position vis-à-vis Islam’s religious authoritarianism and the Arab invasion of North Africa in the seventh century, Nostik reproduces the neoliberal and supremacist idiom of New Atheism and remains reticent about state authoritarianism and the “coloniality of modernity” (Mignolo 2018).

Projekt: International ocean governance beyond national jurisdiction – towards an environmental integrative approach based on participation of indigenous peoples and local communities (IPLCs) 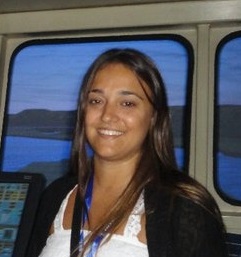 1) Investigate the negotiations of a new legally-binding treaty under the UN Convention on the Law of the Sea (LOSC) aiming at the protection of marine biodiversity beyond national jurisdiction, specially the topics marine genetic resources (MGRs) and  marine protected areas (MPAs); taking especially into account regulation of participation of IPLCs to provide their traditional knowledge.

2) Study negotiations in the Conference of the Parties (COPs) to the Convention on Biological Diversity (CBD) for identifying and protecting ecologically or biologically significant marine areas (EBSAs), especially as regards IPLCs participation.

3) Analyze negotiations as of 2014 in the COPs to the United Nations Framework Convention on Climate Change (UNFCCC) as regards the role of the Ocean and IPLCs participation.

4) Compare and integrate the above-mentioned regulations to detect strengths and weaknesses in environmental ocean regulation and propose integrative solutions. 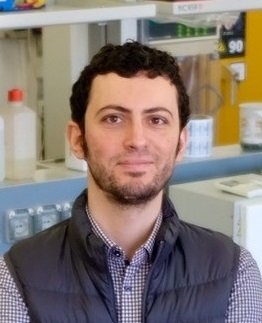 Single-site catalysts (SSCs) represent a pinnacle in catalyst design with remarkable potential for sustainable chemical transformations. These materials isolate well-defined and accessible metal atoms within a porous heterogeneous carrier, achieving activities and selectivities matching those of traditional homogeneous and heterogeneous catalysts. This area of research has received an explosion of interest in recent years, thanks to advances in catalyst design and characterization, and due to their outstanding catalytic performance. Despite their uses, no study has explored in great detail how the reaction mechanism can be a function of the SSCs structure. Here, we aim to integrate the application of cutting-edge characterization methods with dedicated microkinetic modelling, in order to rationalize the kinetic response of these materials. This will enable to ascertain those structure-activity relationships that are key for catalyst design and further optimize the materials structure.

Projekt: Towards a Politics of Fiction 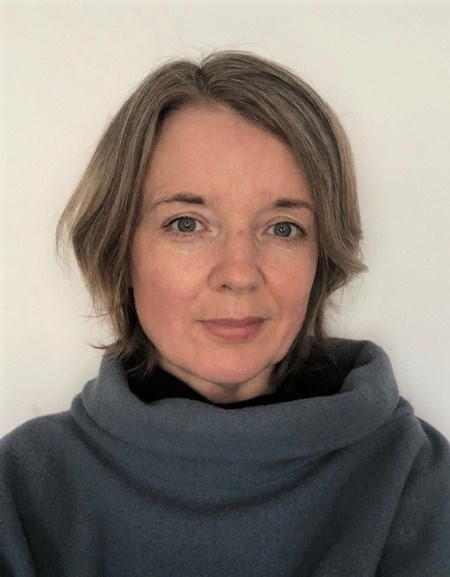 In a time when distinctions between truth and fiction are a potentially world-changing political issue, it becomes necessary to re-examine the political and social power of stories. This project develops current thinking about narrative environments, narrative exclusion, and epistemic violence, to assess stories’ potential to create and overcome divisions. It investigates contemporary narrative engagement with politics in and beyond the nation-state and addresses the meaning of aesthetic form for the political dimension of cultural production. By developing a taxonomy of the politics of fiction we will enable new understanding of the social and political power of stories.

Sarah Colvin holds a BA, MA, and DPhil from the University of Oxford and is the Schröder Professor of German and a Fellow of Jesus College in the University of Cambridge. She has held Chairs at the Universities of Edinburgh, Birmingham (as Director of the DAAD Institute for German Studies) and Warwick, a Humboldt Senior Fellowship at the University of Potsdam, and a Guest Lecturership at Bielefeld’s Graduate School in History and Sociology. She is the representative for literary studies on the international Committee of Experts for the DFG’s Excellence Strategy. She currently leads the research group Cultural Production and Social Justice. 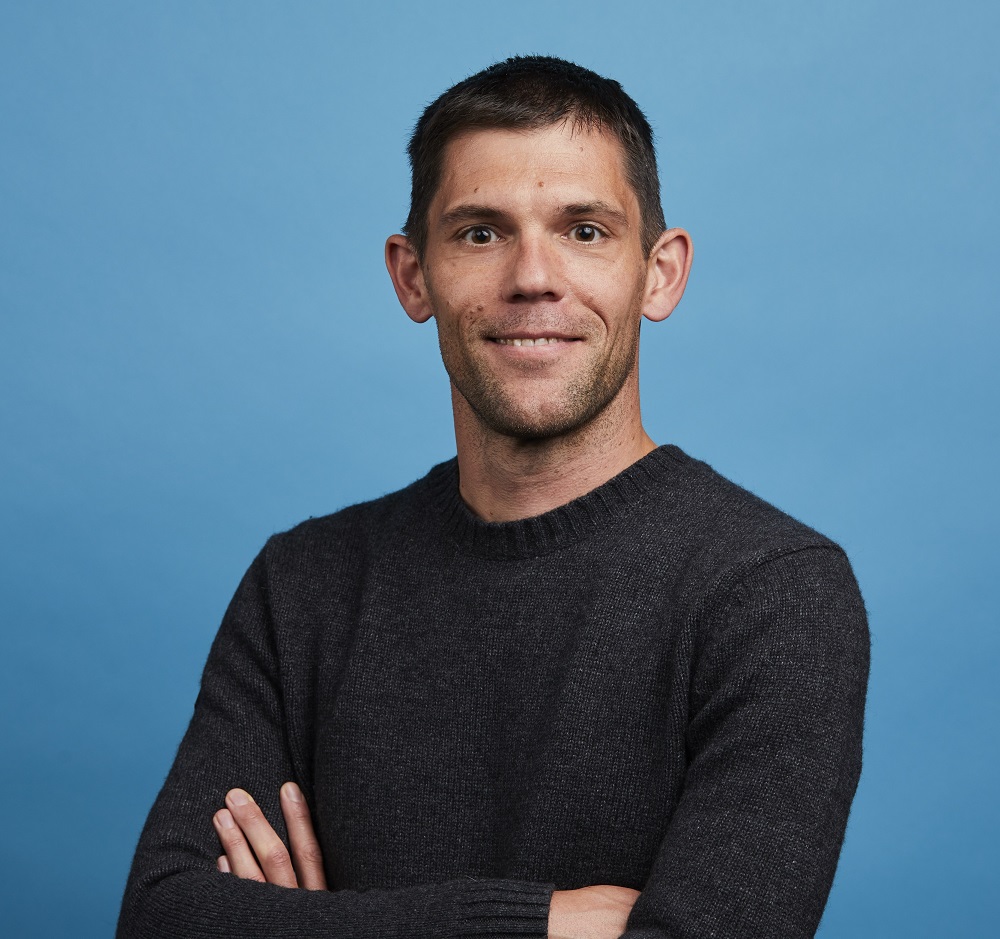 In the mycorrhizal mutualism – one of the most widespread symbioses on earth – plants and their root-associated fungal symbionts mutually exchange carbon for water and soil nutrients in complex underground networks. However, the existence of several ‘cheater’ plant lineages – plants that exploit mycorrhizal fungi for carbon – demonstrates that this ‘fair-trade’ mycorrhizal mutualism is vulnerable to subversion. We aim to test the hypothesis that cheating plays a significant role in forest ecosystems with an in-depth study, which fuses stable isotope abundance analyses, RNA sequencing, and growth experiments. The results will increase our understanding of how plants compete and coexist in terrestrial ecosystems.

Vincent Merckx (*1980) started his scientific career at the University of Leuven (Belgium) in 2004, with a PhD study on the evolution of mycoheterotrophic plants. Following stays at the labs of Prof. Tom Bruns and Prof. Chelsea Specht at UC Berkeley (USA), where he worked on fungal associations of mycoheterotrophic plants, he moved to the Netherlands to work at the Naturalis Biodiversity Center in Leiden. At Naturalis, he leads the Understanding Evolution research group, which aims to address macro-evolutionary questions in plants and fungi. In addition, he is an Associate Professor at the University of Amsterdam.

Project Title: Wagner, Bayreuth and the Negotiation of Sacred Meaning 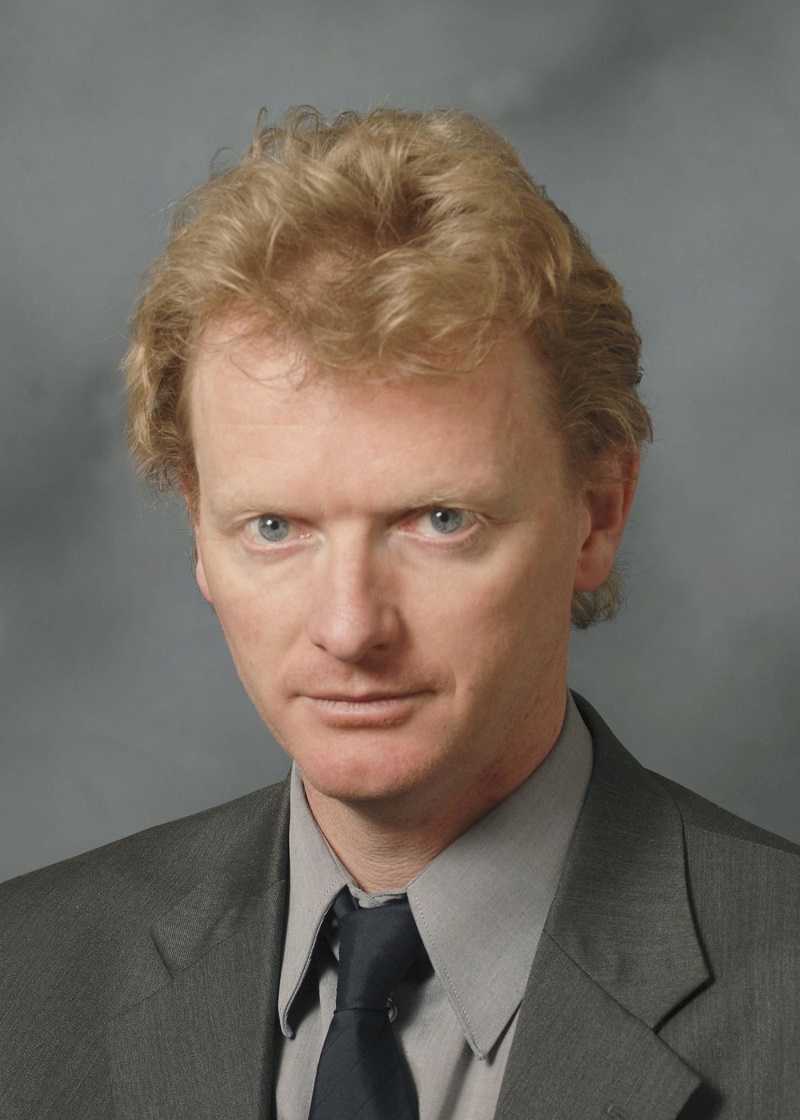 Philip Smith is Professor of Sociology at Yale University where he is known as a key figure in the Strong Program in cultural sociology. He has a PhD from UCLA in Sociology and an MA in Social Anthropology from Edinburgh University. Smith has written widely in the areas of social and cultural theory and cultural sociology. His most recent book "After Durkheim" (Polity Press, 2020) considers the evolution of the Durkheimian tradition in sociology, anthropology and social theory over the past 130 years. 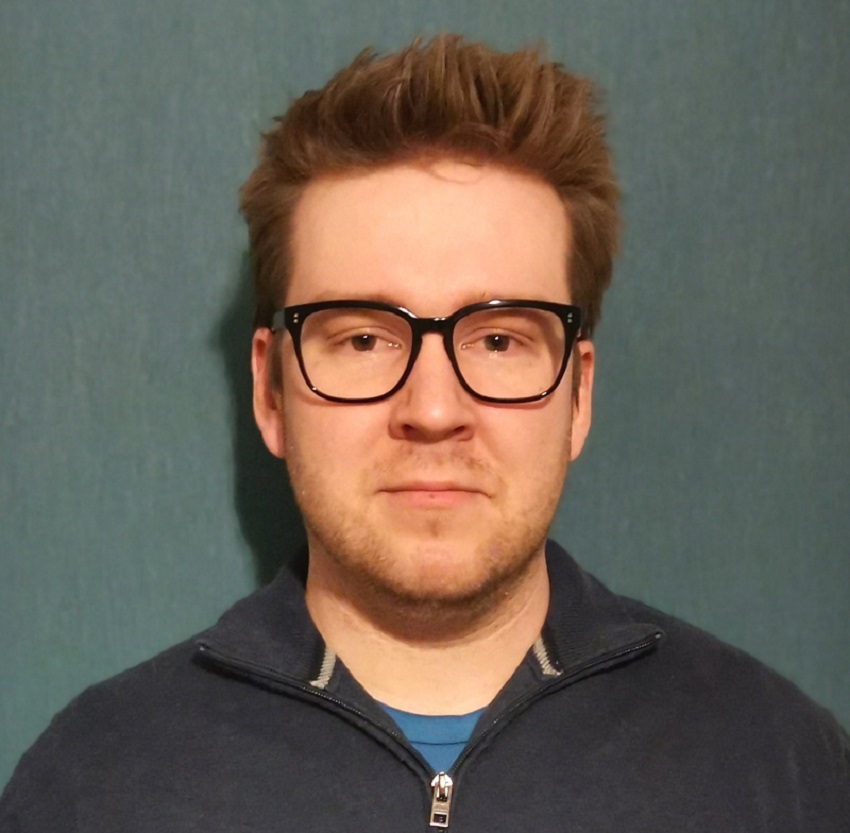 Photoreceptor proteins allow organisms to sense and respond to light. In optogenetics, they enable the precise light-driven manipulation of various biological processes. Phytochromes are red/far-red light sensing family of photoreceptors. Here, we study the signal transduction mechanisms in bacterial phytochromes and apply them for optogenetics. We characterize a novel phytochrome type that acts as a light-gated transcription factor. We harness this and other phytochromes for the optogenetic regulation of bacterial gene expression, which also yields an efficient screening platform for the discovery and analysis of other phytochrome variants. The project provides unprecedented insight into phytochrome signaling and novel optogenetic implements. 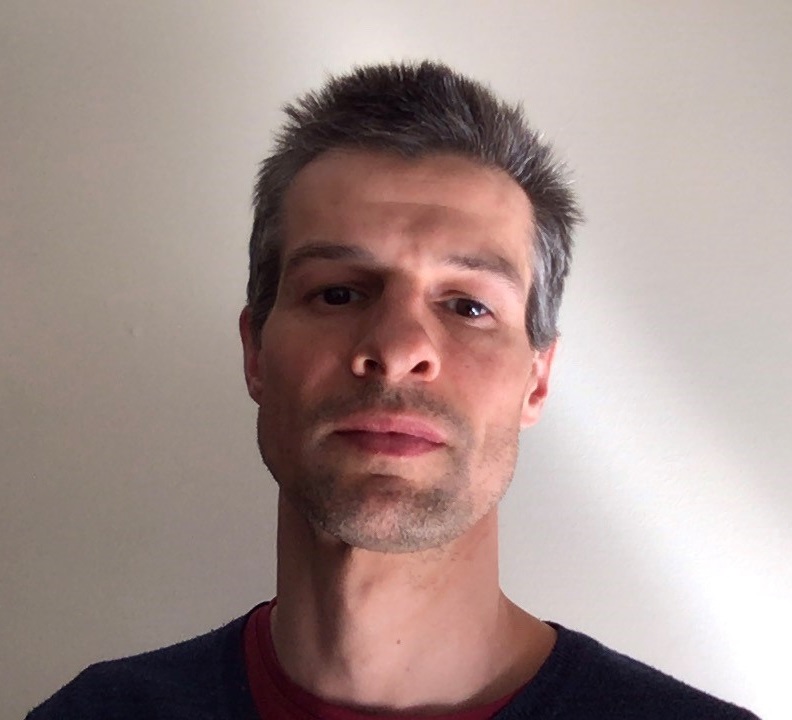 My project critically examines a liberal tradition that casts social freedom as a matter of limitations on an individual's option space. I explore a contrasting idea that unfreedom lies in the enactment of instrumentalized social roles. Unfreedom exists where it is fundamental to one’s role as a participant in a social formation that one is to act as an instrument set to the purposes of power holders. Social freedom, in turn, lies in a social form of agency, a kind of living together, that is precluded by the instrumentalizing power relations of domination.

I am an independent researcher affiliated with the University of Essex. I am working toward an integrated understanding of the unfreedom inflicted in domination, social power, the intersection of sociality and individuality, and a kind of freedom marked by forms of agency that are characteristic of persons. I have a PhD in Philosophy from UCLA.

Projekt: Connecting the Dots Between Root, Xylem and Stomata 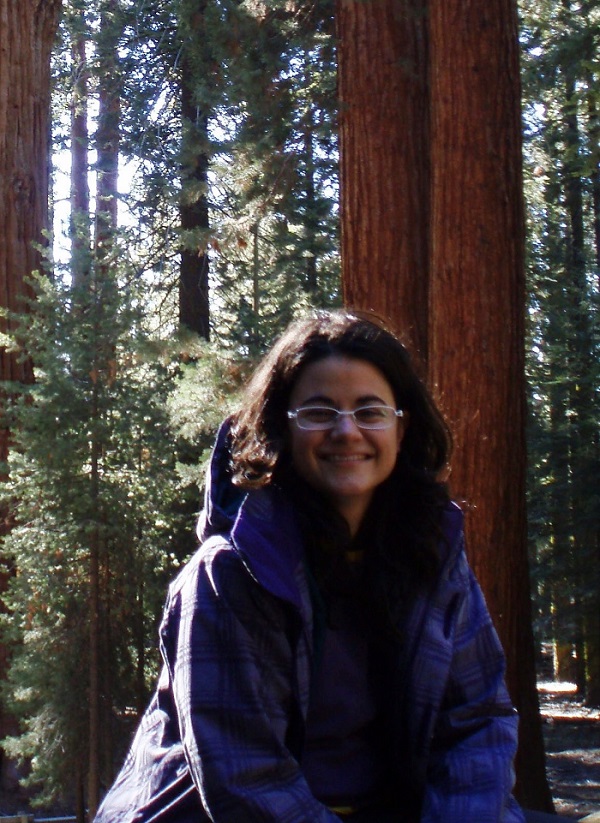 Understanding the physical constraints to transpiration and photosynthesis during drought is of paramount importance to (i) predicting vegetation response to climate change and (ii) identifying plant traits that confer drought tolerance. Stomatal closure is one of the first response to drought, making plants to conserve water but also limiting their carbon assimilation. However, its trigger during soil drying remains contentious. We aim to combine physiological and imaging experiments to investigate whether the loss in belowground conductivities and/or xylem cavitation represent important limitations to stomatal conductance.

Celia started her PhD at the University of Seville (2010, Spain) studying the control of transpiration in fruit trees by combining plant-based sensors with stomatal mechanistic models. She spent research stays at Sonoma State University (Dr Tom Buckley, 2011, USA) and the University of California, Los Angeles (Dr Lawren Sack, 2012, USA). After a 3-year postdoc at the School of Plant Sciences of the University of Tasmania (Prof Tim Brodribb, 2016, Australia), she moved to IRNAS-CSIC where she finished her studies as a Marie-Sklodowska-Curie Fellow. Currently, she is a Juan de la Cierva postdoctoral researcher at IRNAS-CSIC where she continues exploring innovative ways to determine the optimal provision of water for crops based on key plant physiological traits.